The Autumnal Equinox has just passed by. Day and night are in equilibrium, and most of us are trying to adapt to new working environments or get used to the idea of a new academic year. October might find you having fun in Festivals around the globe, whether it is drinking beer in Germany’s Oktoberfest or honoring National Seafood Month during the Seafood Festival of Santa Monica, California. Whatever that might be, its aim is to avoid any September blues and cheer you up as leaves fall.

Grab the opportunity to start this month with inspiration by sending or sharing one of our October Quotes off this collection. Often in colors of the fall, some other times in lighter mood, these messages will help you see the new month in positive eyes, and welcome it with a big “Hello!”.

Fun Facts about the Month of October 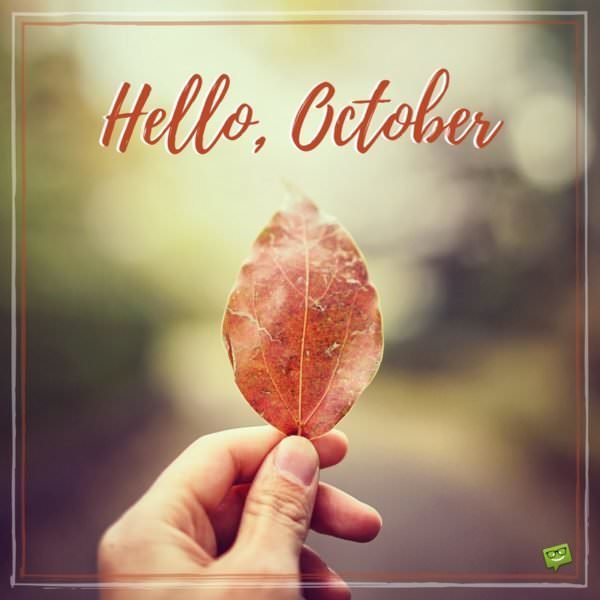 Autumn is a second spring when every leaf is a flower.

Famous Quotes about the Month of October Hello, October. Be good to me 🙂 Hello, October. I love your colors. Links to Amazing “Good Morning” Images to use on Facebook and other Social Media:

Wake up and Seize the Day! | Positive Good Morning Images But I think I love fall most of all.