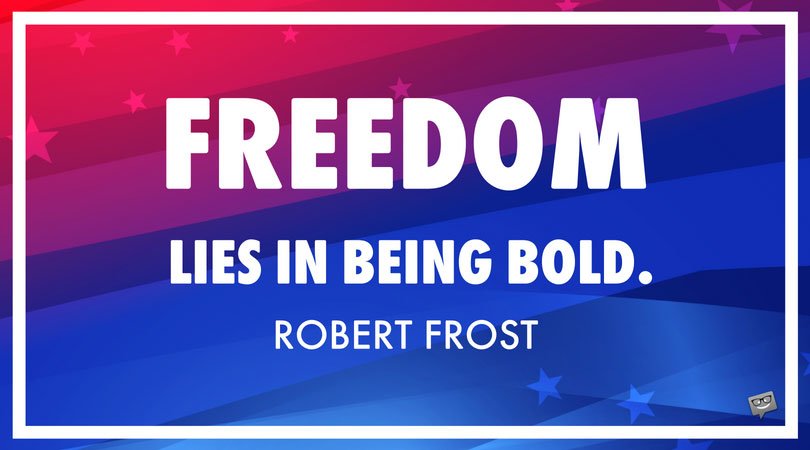 In the United States of America, July 4 is the country’s National Day: Independence Day. Millions of Americans come together annually to celebrate the day the US secured independence from the British Empire after the Revolutionary War. July 4 is also referred to as Independence Day and it is considered to be the birth of the American nation, commemorating the adoption of the Declaration of Independence on July 4, 1776.

During the American Revolution, on July 2 1776 actually occurred the legal separation of the Thirteen Colonies from Great Britain, when the Second Continental Congress voted to approve a resolution of independence declaring the United States independent from Great Britain rule, that had been proposed in June by Richard Henry Lee of Virginia. After voting for independence, Congress turned its attention to a statement explaining this decision, the Declaration of Independence, which had been prepared by a Committee of Five, with Thomas Jefferson as its principal author. Congress debated and revised the wording of the Declaration, finally approving it two days later on July 4.

Independence Day is the most beloved national holiday. The anniversary of the Independence day was celebrated as early as the next year in 1777. Celebrations continued in future years, but it wasn’t until nearly 100 years later in 1870 that the federal government gave employees the day off without pay. In 1938 Congress made the day a paid federal holiday. Independence Day is commonly associated with fireworks, barbecues, barbecues, fairs, carnivals, concerts, picnics, baseball games, family reunions, and political speeches and ceremonies. Various public and private events celebrate the history, government, and traditions of the United States, as well as the concepts of Independence and Freedom.

Freedom is a very charged and important word for Americans. Freedom, generally, means to have an ability to act or change without constraint. In philosophy and religion, it is associated with having free will and being without undue or unjust constraints, or enslavement, and is an idea closely related to the concept of liberty. The following collection of quotes presents the notion of freedom in the words of famous philosophers, writers and artists in an effort to inspire you and free your mind. In the truest sense, freedom cannot be bestowed; it must be achieved. Franklin D. Roosevelt

Short Freedom Quotes for the 4th of July They who can give up essential liberty to obtain a little temporary safety deserve neither liberty nor safety. Benjamin Franklin. Happy 4th of July! Those who deny freedom to others, deserve it not for themselves. Abraham Lincoln

Unexpected Freedom Quotes for the 4th of July

Longer Freedom Quotes for the 4th of July

A free bird leaps on the back of the wind
and floats downstream till the current ends
and dips his wing in the orange suns rays and dares to claim the sky.

But a bird that stalks down his narrow cage
can seldom see through his bars of rage
his wings are clipped and his feet are tied so he opens his throat to sing.

The free bird thinks of another breeze
and the trade winds soft through the sighing trees
and the fat worms waiting on a dawn-bright lawn and he names the sky his own.

But a caged bird stands on the grave of dreams
his shadow shouts on a nightmare scream
his wings are clipped and his feet are tied so he opens his throat to sing.

There is freedom waiting for you,
On the breezes of the sky,
And you ask What if I fall?
Oh but my darling,
What if you fly?