60 Funny “Happy Anniversary” Messages for All

An anniversary is a joyful occasion. It’s a milestone in a marriage that is commonly celebrated by many couples.

Sometimes friends and relatives of the happy twosome join in on the celebration by offering a gift or a card. Sending an anniversary message in a text or posting one on a social media site is also something they do. This is a thoughtful gesture you may want to consider doing, but it could be one you hesitate to do because you are at a loss for words. That’s okay because the following messages are here for you to use. Anniversary wishes to my wonderful parents! Being with you knows no time. Happy anniversary to us. Have we been together so long? Yeah, baby, yeah! I do everything I can to take care of you always. Happy Anniversary. 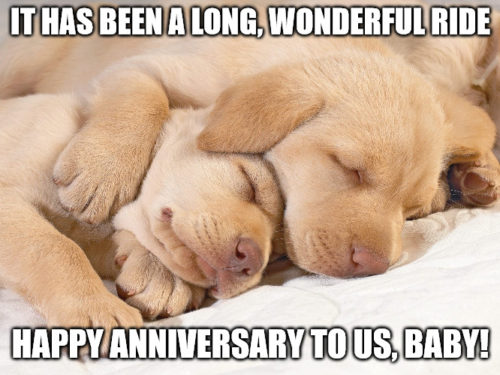 It has been a long wonderful ride. Happy Anniversary to us, baby. Together Forever in every shipwreck of our lives. Together in Joy and in Pandemics. I so want to grow old with you. Anniversary wishes to you my love! I’m going bananas over you!

Those Years of Togetherness | Anniversary Wishes for Couples