Education is a major source of knowledge.  This knowledge can give us a bigger picture of the world around us. It is the beginning not only to accomplishing professional goals but also to personal development.  The ability to meet others of a higher educational level in such facilities and learn from them, as well as the experience of starting new relationships with better understanding and communication, all come from education.
The process of learning, the skills, the values are all educational methods for a concrete foundation in life. In the world of professionalism, it is education that has guided people to the path of conquering the ladder of success. It is the key to knowledge and ethics, as it helps us to progress and develop further.  Surely hard work always pays off, however education is a must and the most significant starting point.
Here you will find a wide variety of education quotes that will inspire one to start, complete or continue his academic studies. Also you will find quotes to remind us all of the influence education has in everyone’s life. Education is a progressive discovery of our own ignorance. Will Durant All I have learned, I learned from books. Abraham Lincoln Education consists mainly of what we have unlearned. Mark Twain In a world where education is predominantly verbal, highly educated people find it all but impossible to pay serious attention to anything but words and notions. Aldous Huxley The highest activity a human being can attain is learning for understanding, because to understand is to be free. Baruch Spinoza Knowledge is power. Information is liberating. Education is the premise of progress, in every society, in every family. Kofi Annan The direction in which education starts a man will determine his future life. Plato

If you want to get laid, go to college. If you want an education, go to the library. Frank Zappa The highest result of education is tolerance Helen Keller

A child who reads will be an adult who thinks. Do not train a child to learn by force or harshness; but direct them to it by what amuses their minds, so that you may be better able to discover with accuracy the peculiar bent of the genius of each. Plato I am always ready to learn although I do not always like being taught. Winston S. Churchill Real learning comes about when the competitive spirit has ceased. Jiddu Krishnamurti Teach the ignorant as much as you can; society is culpable in not providing a free education for all and it must answer for the night which it produces. If the soul is left in darkness sins will be committed. The guilty one is not he who commits the sin, but he who causes the darkness. Victor Hugo, Les Misérables Children must be taught how to think, not what to think. Margaret Mead. One learns from books and example only that certain things can be done. Actual learning requires that you do those things. Frank Herbert. Wisdom is not a product of schooling but of the lifelong attempt to acquire it. Albert Einstein 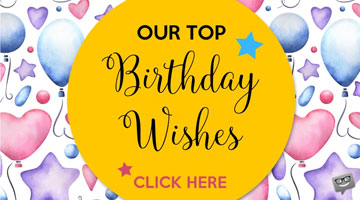